This year’s Ornamo Sphere will be presented to Finnish weavers Lapuan Kankurit for their long-standing commitment to the Finnish textile industry during a period of sustained change and for their skill in making successful use of Finnish expertise in design. The company’s ongoing investment in its weaving facilities and its considerable commercial success on the global market are an inspiring example for all.

The award has been dealt since 1961, and the company received it as acknowledgement of their exemplary work in design. The award is a miniature sculpture designed by Timo Sarpaneva. The Finnish Association of Designers Ornamo is an expert organisation for designers, founded in 1911, and it promotes the role of design in society. Lapuan Kankurit received the award on December 13, 2017.

Managing Director Esko Hjelt says that the company is very proud of this acknowledgement, which they were awarded in honour of Finland's centenary of independence. "Even we are small family business, we strive to use our resources also for common good", Hjelt says. "We have been investing during the last years a great amount to our weaving mill and new weaving technology in Lapua and we feel that's also important for to keep the Finnish textile industry alive."

Lapuan Kankurit is known for their textiles, which are woven from natural and authentic materials. Cooperating with Finnish designers and students is an essential part of their business. Already over the half of the sales comes from export, mainly from Asian and middle European countries.

With the original instructions provided by the museums in Tampere, Lapuan Kankurit weaves also Dora Jung's designs. Cooperation with Aalto University includes the students spending a week at the weaving mill in Lapua. The students also design patterns for Lapuan Kankurit. In fact, the beautiful scarf design by young Heta Vajavaara was chosen for this winter's collection. 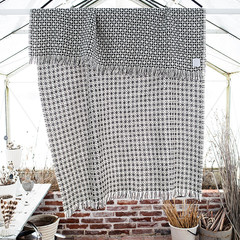 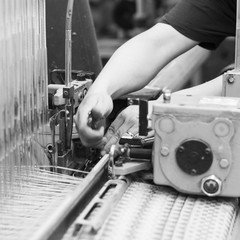 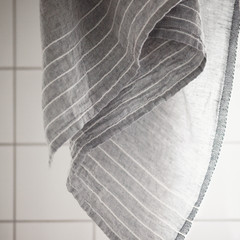