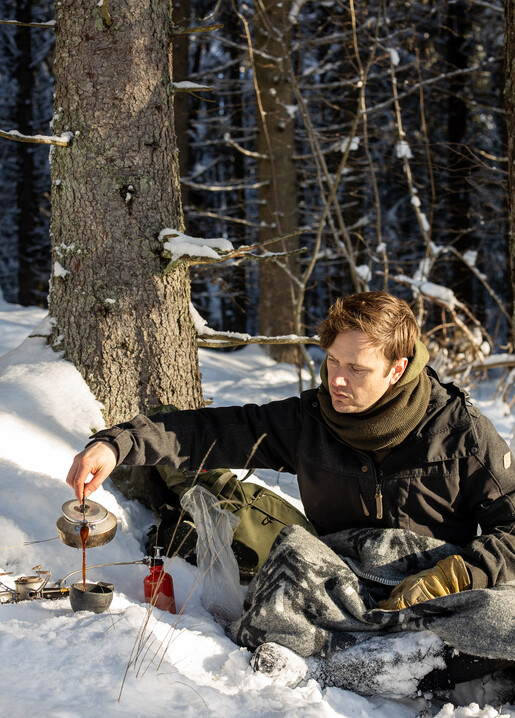 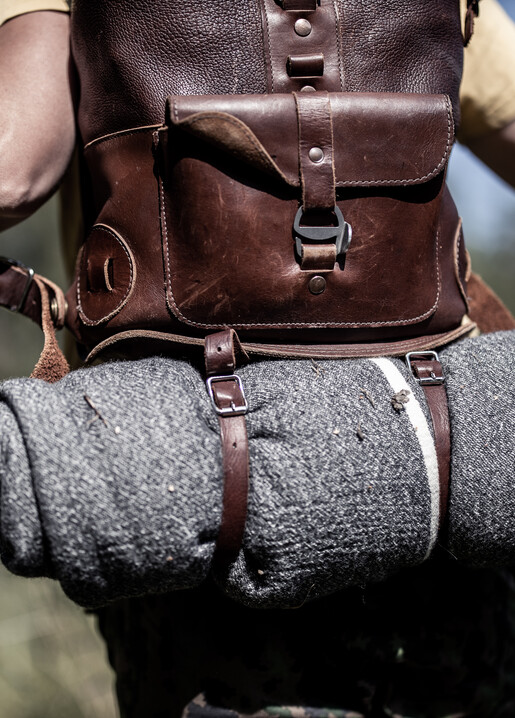 The cold, wind, and damp are the biggest challenges outdoors. If we don’t shield ourselves from these elements, we feel uncomfortable and will cut our visit to the wild short. This has not changed over the thousands of years during which the sparsely haired human mammals have walked the earth. It’s interesting that the solution to this problem has long been textiles made from animal fibres, often lambswool, from one civilisation to the other. A lambswool blanket woven six thousand years ago does not differ greatly from one made in 2021.The sheep have been bred and the weaving process made more efficient, but the use of the product has stayed the same. Even though the chemical industry has created new, synthetic textile materials, not one synthetic fibre comes even close to the properties of wool, which has not been replaced as the first-choice versatile outdoor clothing and textile material, and probably never will.

Humidity goes through skin and bone, literally. Even thick layers of clothing under a waterproof set won’t keep you warm if the relative humidity is close to the dewpoint. As humans consist mainly of water, and water is an efficient thermal conduit, our body heat is conducted away by damp clothing, no matter if it’s waterproof or not. The only exception to this rule is wool.

In contrast to synthetic textiles or plant-based fibres, such as cotton, wool is a heterogenic protein fibre with a physically complex structure.Wool fibres are active on a molecular level.Wool fibres are hairs that grow out of the sheep’s hair follicles. The hair that grows out of the skin is processed into textile raw material. Wool fibres have a thin surface and, depending on how it is processed, can contain protective fats from the sheep’s sebaceous gland, called lanolin. Under the thin surface layer is a cellular layer that is reminiscent of scales. The scales function like the ones on a pine cone, they open and close according to temperature and humidity, causing the felty feel of wool. Humidity and warmth make the wool fibres curl, which increases their ability to bind air when damp. The lint of the wool surface layer makes it bind even more air.The stem fibres of wool, the corneal cells, lie beneath the scales, affecting what the product feels like when used, its softness and the durability of the fibre.

The structure of wool fibres can be compared to modern membrane materials, such as Gore-Tex.Wool fibres are porous through and through, full of micropores through which air and vapourised water molecules can pass. Thus, wool fibres breath, but do not allow waterdrops to pass. Humans have made use of this property long before waterproof synthetic materials were developed. In Iceland, for instance, fishermen used thick, tightly knit mittens dipped into ice-cold water, making the knit curl and swell. The swollen woollen knit tightened, and the water trapped inside the mitten warmed up, just like in a neoprene wetsuit.When damp, the wool proteins react with the water molecules, producing heat, which is why the wet mittens protected the fishermen’s hands in the harsh conditions of the Arctic sea.Whereas with any other material used in outdoor equipment humidity absorption is to be avoided, it is the strength of wool.Wool is one of the most hygroscopic textile fibres with an impressive ability to bind water. In 100% air humidity, wool can have a humidity of 35% without feeling wet. 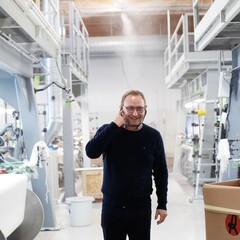 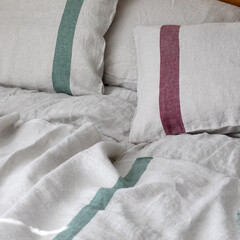 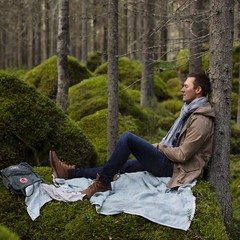 When being is enough 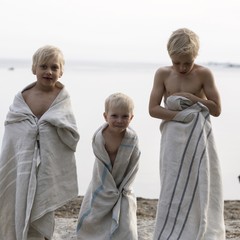 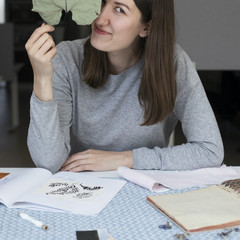 Designs for a Simple Life The Joy of Creativity Classics in the Making