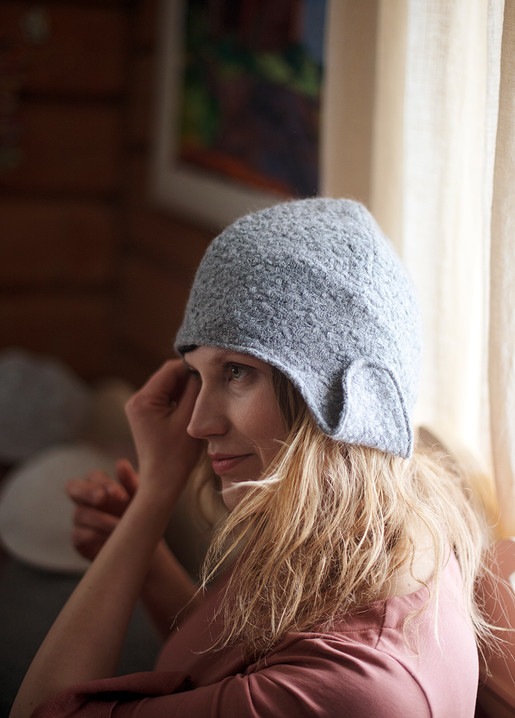 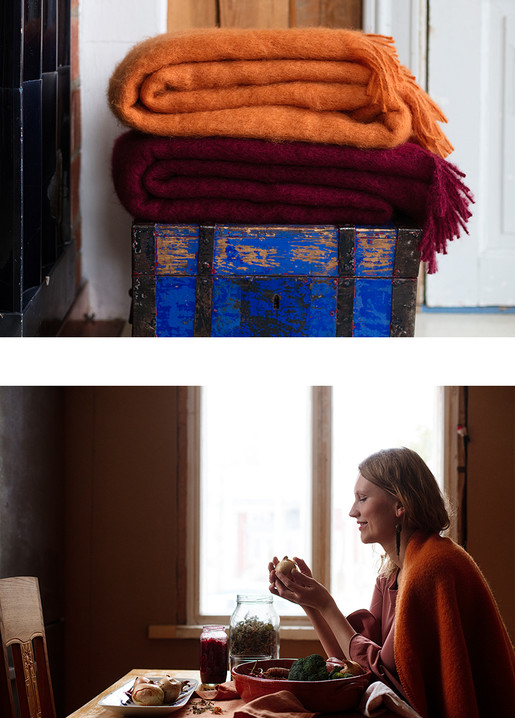 Designing hats truly is a family affair for CEO, textile and fashion designer Liina-Maaria Lönnroth. In 2015, she took over the family business and purchased Tella, a company that designs and manufactures hats and accessories. Before, the business was run by her maternal grandfather, Antero Saksa. "We'd talked about it before. I attended my first trade fair with grandpa when I was 12", Liina-Maaria says. She describes her work as three-fold: the artist, the business owner and designer, and the teacher and leader. "All three give my work their own flavour", she says. The past two years have been a busy time for Tella, and Liina-Maaria notes that now, business and design are the strongest elements in her work. "I draw strength from the other two areas", she says.

To Liina-Maaria, Tella represents values that are also important to her personally. They are also ones that the company shares with Lapuan Kankurit. Natural materials are at the heart of Tella's products, as well as local craftsmanship. That's why many of their products are manufactured locally from Finnish and Ostrobothnian materials. "We use Lapuan Kankurit fabrics in our hats", Liina-Maaria says. The timeless quality of Lapuan Kankurit linen and wool matches her vision: "I want to design products that become classics; that don't go out of style every season." A close connection with nature also unites Liina-Maaria and Lapuan Kankurit. She grew up on a ecological farm and describes her relationship with animals, plants, and food as very natural. "I think my aesthetic views stem from my childhood, where I was surrounded by authentic, natural things", she ponders.

The designer and CEO finds many of her traits inherited, and entrepreneurial spirit has carried on in the family for generations. Her mother's side of the family came to Finland during the Hanseatic League between the 13th and 15th centuries. "They were merchants and the family has been involved in business ever since", Liina-Maaria says. She herself followed the footsteps of her great-grandfather and grandfather into business. Tella was founded in 1935 by six people: Liina-Maaria's great-grandfather Aarne Saksa, his two brothers, a good friend, a patternmaker, and a sales representative. Many of Liina-Maaria's childhood memories are linked to Tella and her grandfather Antero Saksa, son of Aarne Saksa. "He started as a sales representative in his 20s and soon made his way to CEO", she says. To her, Antero Saksa was the inspiration that led her into hat making. "I remember grandpa sitting at his desk with his electronic calculator, sending bills or making business calls", she reminisces.

With long history in Ostrobothnia, Tella is a traditional company. Liina-Maaria began designing hats at the age of 14, and says that she still works with designs from her early years at Tella. The business side of things became familiar to her early on. "Each seam costs; each button has a price. You need to think about creating competitive products", she says. She recalls that working with her grandfather was always a pleasure. "Grandpa saw even the most surprising of ideas positively, if I could justify them", she says. "Nothing was ever too weird or peculiar." Now, Liina-Maaria is busy growing and developing the family business in a way that still feels authentic to the company's long history and values. Tella is taking leaps into social media and is looking out into the world for new markets that value Finnish design and craftsmanship. "We're taking the company to a new era",
Liina-Maaria smiles. 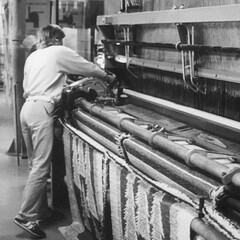 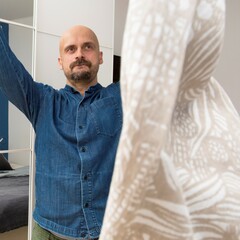 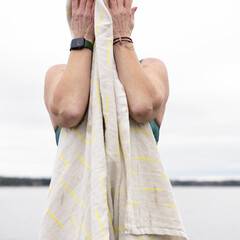 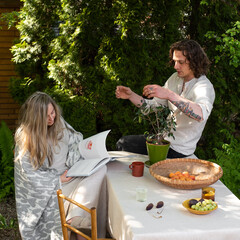 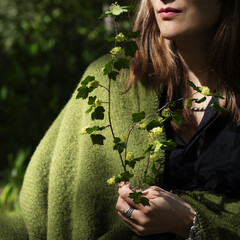 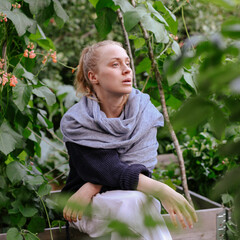 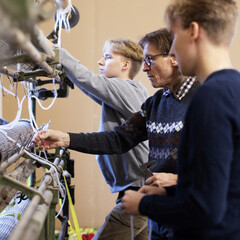