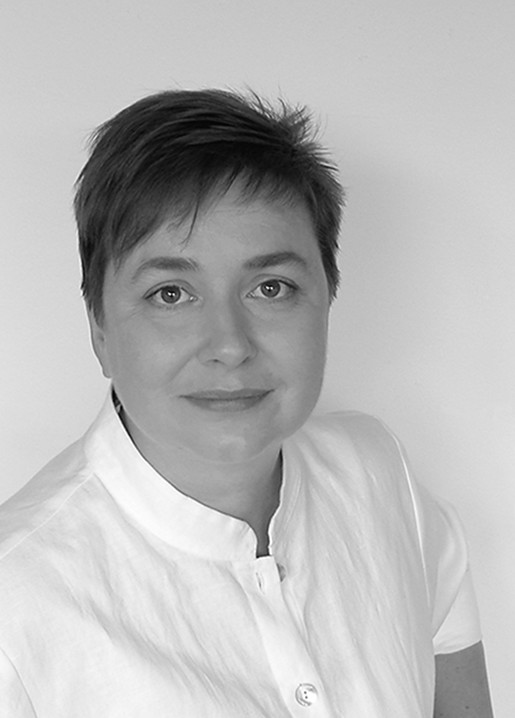 Educated at the University for Industrial Arts, Marja Rautiainen is one of the secrets to success at Lapuan Kankurit. Marja's work reflects her strong professional skills and her passion for Finnish textile traditions.

The pattern for the CORONA blanket began to come together when she found a piece of old French fabric. She was fascinated by its round shapes, and wanted to develop it into a woollen blanket. In order to create a beautiful and multifunctional blanket, the weaving process had to be planned at length. She wanted a new type of blanket, thin and light but still wonderfully warm and soft. As a result, the CORONA blanket won the MUOTO 2015 award for Finnish design. 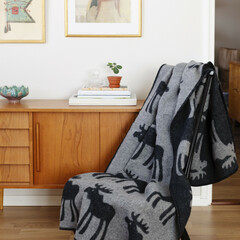 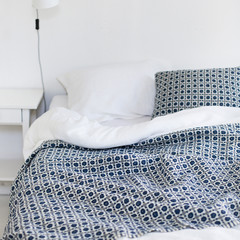 HirviTea towel, woven from the ecological linen and cotton blend. KoivuWell-finished tea towel classic is made on linen-cotton blend. 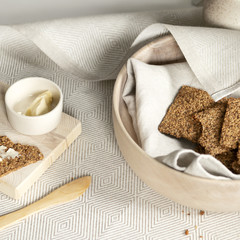 Viilusauna cover is woven in Finland with timeless design! 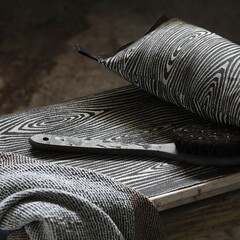 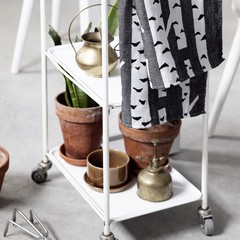 KoivuSoft and beautiful design towel made of washed linen-cotton. Read about our other designers